The European Parliament accepted today with great majority the draft motion: “Gender in EU Trade Agreements”. The motion was accepted by 512 MEPS, 107 were against, and there were 68 abstentions. WIDE+ has been a strong supporter for this resolutions and was thanked yesterday in the plenary of the European Parliament by Malin Björk, one of the shadow rapporteurs of the motion, for our contributions to the work of the shadow rapporteurs and their team (see also the video stream). 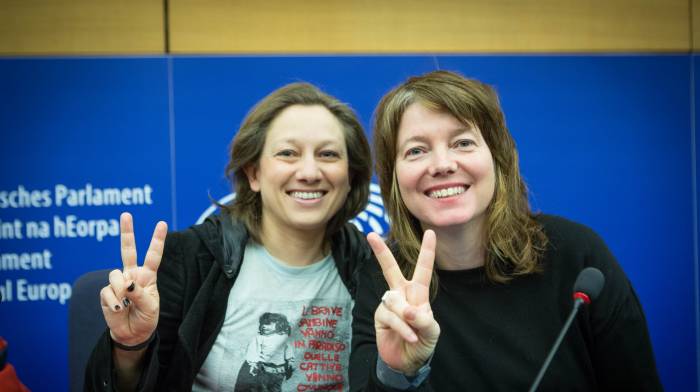 Malin BJÖRK, member of the GUE/NGL political group, the FEMM committee, and one of the two shadow rapporteurs stated in the press briefing: “To have this feminist initiative included in EU trade agreements is a big success for women in the EU and outside the EU. We have now a very clear message of the European Parliament to the European Commission that gender should be included in EU trade agreements”.

Eleonora FORENZA, the other shadow rapporteur, member of the GUE/NGL political grouping and part of the INTA committee stressed that she and other colleagues have been working since 2014 to gender mainstream trade policy: ”This report signals a change in our trade policy, in which we now will move past previous principles of what has defined EU trade policy”.

The negotiations in the European Parliament were tricky at times, but in the end there was a large majority in favor of this motion. It sets out that in future trade agreements there will be a gender equality chapter, women’s rights will be included and the economic independence of women will be supported.

There is still no agreement on making the commitments to women’s human rights (and other rights) binding in trade agreements. BJÖRK: “there is this argument voiced that binding regulations for example to protect women’s rights are harmful to our competitiveness; however, no one else will tackle this for us, when it comes to women’s rights, labour rights and environmental, we have to ensure the standards. The fight to make these commitments binding is now ahead of us”.