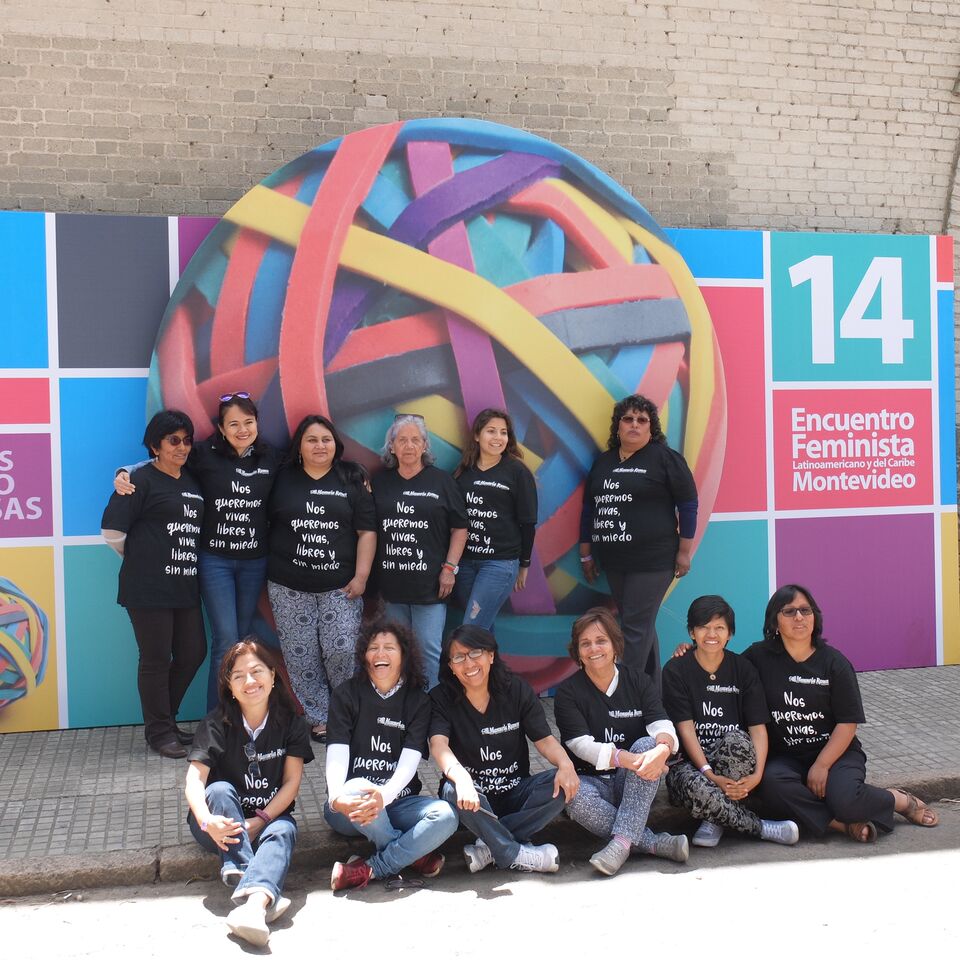 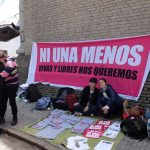 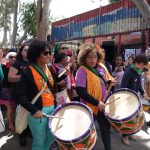 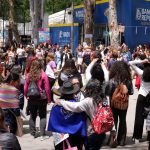 By Edmé Domínguez R., GADIP (Gender and Development in Practice) and the School of Global Studies, University of Gothenburg, Sweden.

This 14th Encounter, like the previous one in Lima, belongs to the general tradition of feminist summits that have taken place since 1981 in Latin America. Such fora are a measurement of the state and the consolidation or fragmentation of this movement, of its successes and setbacks. Grassroots feminist movements that fight for women’s rights from different perspectives and approaches participate in these meetings. More than a simple elaboration of common strategies, the fora have, as their objective, the meeting and the dialogue, and the recognition of the movements’ progress in the various areas and themes, among different perspectives and standpoints, including conflicting ones. It is about the creation of spaces of discussion, knowledge and recognition, of encounter and re-encounters, of creation or recreation of networks that share information and knowledge. They are meetings to recharge the energy and keep resisting. Especially in these times of setbacks, of backlash, of struggles to defend what has been gained, what has been accomplished so far. And this was one of the main themes of the 14th Encounter, Diversas pero no Dispersas (Different but not Dispersed): deciding how to acknowledge such a diversity without losing the cohesion of the movement(s). 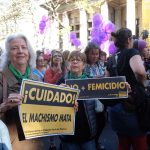 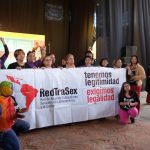 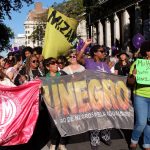 Each organizing country or movement decides the program and the way to arrange the gathering. The 14th Encounter began with an unusual inauguration. Instead of the welcoming speeches (beyond the counting of the represented countries and the confirmation that there were little more than 2000 participants) on the part of the organizers, or the “historical feminists” of the Encounter’s host country, the inaugural Assembly was directed by an actress who, besides being entertaining, presented us a small theater play which was, even though somewhat unexpected, very well realized. It was about the “conversion to feminism”, the onset of awareness of gender oppression. There were no other plenaries until the closure, in contrast to Lima in 2014, where daily plenaries would take place alongside workshops and seminars. In Uruguay, the schedule consisted in “Assemblies” in the mornings and “Self-managed activities” in the afternoons. Each assembly dealt with fairly general themes, such as “Bodies, subjectivity and rights”, “Acts of gender violence, not one less (Ni una menos)”, or “Challenges and perspectives of Feminist Economics”. In the afternoons the self-managed activities took the form of workshops, talks, discussions, or “performances” around more concrete topics, such as “transforming the economy in order to achieve rights”; “contested territories, feminist resistances”; “the body as a construction site”; “love heals, group of black women”; “young indigenous women and feminists looking to the future: intercultural reflections” and much, much more.

As always, the topics addressed were many. However, two of them were dominant: gender violence (“Ni una menos”) and the setbacks or threats thereof to the achieved victories, often linked to the setbacks of leftist governments in the region and to the reactions of the most conservative right-wing groups. Almost all of the assemblies and self-run workshops touched upon, to a greater or lesser extent, these topics. 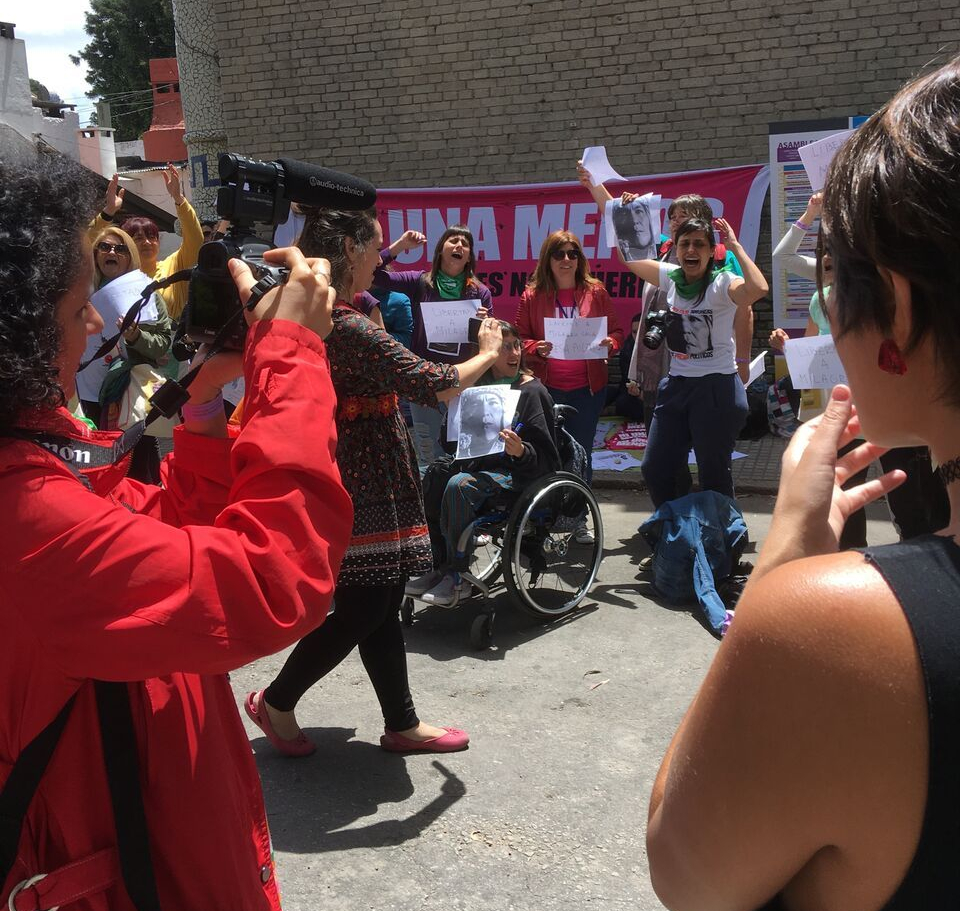 Since it was impossible to partake in all the events, or witness all the discussions, choices were to be made, and I leaned towards economic issues. Given the variety of the involved themes in the assemblies and workshops, it is better to mention them on the grounds of the document that presented the conclusions of the meeting, a reflection based on 10 fundamental points:

1.Work, not only related to the expanding precariousness, but also as a source of empowerment (problematizing the fact that work is empowering per se: “Not all paid work implies more autonomy”), as a launch pad for unionism (with the challenges that it implies), its relation with reproductive work and how to make sure that the state takes charge of such tasks, the struggle for the recognition of labor rights in sectors such as domestic work, but also sex work (although a note was added here: including labor alternatives for those who want to leave it).

4-5. How the economic gaps in accessing wealth, property and resources are interwoven with identities of gender, class, race, ethnicity, thus reproducing inequalities and exclusions. This was highly emphasized in relation to black and indigenous women in their social and economic situations, but also at the level of health (food and nutritional security) and culture. 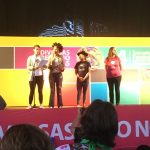 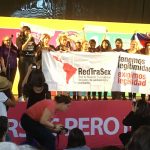 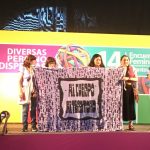 The themes of the informal economy (the questions of micro-employment and auto-employment) could be added to these topics, and it could be underlined that the gender perspective in the issues of free trade and of the abuses by transnational corporations surfaced in several “self-managed workshops” linked to the activities planned around the ministerial conference of the WTO (World Trade Organization) that took place in December 2017 in Buenos Aires.

Other areas of discussion that could be attended concerned the experiences of the development of gender studies in academia, their successes and defeats, their bond with activism; the experiences of political involvement in parties and elections (with the very concrete examples of the launch of feminist candidacies to the constitutional assembly of Mexico City, the struggle for electoral spots in Brazilian parties, the wins and defeats in Chile, among many others), the struggles of indigenous women to obtain spaces of action in their movements and in feminist movements, and so on. The topics of abortion, sexuality and control of the body kept dominating the general discussions. As a novelty if compared to Lima, most of the assemblies and workshops were accompanied by dynamics of physical group exercises, in the form of gymnastics, dance or rhythmic movements before or after the sessions, which infused more energy into the discussions.

On the other hand, it is worth noticing another marked difference with the Encounter of 2014: the absence of that great number of indigenous women that were seen everywhere with their magnificent traditional dresses in all the workshops and plenaries in Lima. Being at the center of the Andean region, Lima was naturally easier to attend, if compared to the faraway Montevideo, where indigenous activists were present, but in a much more limited scale. Somewhat compensating this absence, in Montevideo there was an enormous Brazilian presence.

As is inevitable in such a sizable movement, the tensions that have always existed in these gatherings reappeared in one way or another: sex work as “legitimate work”, worthy of labor and union rights, or as a type of exploitation to be eliminated; the intersection of exploitations that make middle-class women somehow accomplices of the system of class, race and ethnicity exploitation and discrimination; the strategy conflicts that keep fueling the gaps between “activist autonomy” and “institutionalized feminists” (in NGOs or state institutions), and, in a less dramatic, yet latent form, the lack of systematic cooperation between academia and activism.

The logistics of the Encounter reflected an enormous work with great ambitions. The fact that all the sessions, meetings and assemblies occurred in the same place considerably aided the cohesion of the Encounter, the meals, of good quality, were all a win of organization and logistics; the cultural program was excellent, varied and full of experiences. There was also a very well documented exhibition on the history of the movement and the Encounters, although unfortunately it went unnoticed by many, given its location and the little publicity it had from the beginning.

Lastly, the closing plenary wanted to resume the conclusions of all the assemblies, which was a massive and almost impossible effort, but it turned out to be a good reflection of the diversity of these meetings. This diversity was not only related to the thematic presentation, but to the organic one as well: groups of indigenous women, black women, transsexual women, homosexual women, sex workers and so forth. All of them with their flags, declarations, slogans, and their euphoric happiness of being together, of recognizing themselves and being recognized as part of the movement. A big party of colors, music and diversities. There was also a cultural and satirical sketch and, at the end, the inevitable discussion about the next venue of the Encounter. Much like in Lima, the choice was not an easy one. The only candidacy approved by consensus among its members was Argentina, but it did not win the majority of the votes, since other participants were leaning more towards the Caribbean: the Dominican Republic? Alternatively, including Central America: El Salvador or Costa Rica? However, not having the confirmation of these candidacies, it was decided to wait a few months for the Dominican reply, and postpone the decision until then. The search for the representation of the diversity that characterizes the movement, I believe, lies behind these venue elections. 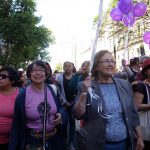 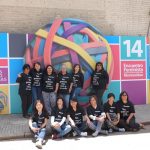 In conclusion, this Encounter, like all the previous ones, reflects the moment that the feminist movement(s) is living. The necessity to close ranks to defend what has been achieved, the alliances against gender violence (the widespread slogan “Ni una menos”) in front of the increasingly fierce attacks of conservative right-wing factions, churches, and corporations. But also the joy of the encounter, of the solidarity, the reflection on the experiences, on the mistakes and the right choices, under the frame of a respect for difference (of identity and opinion). This is the significance of the 14th continental Feminist Encounter: diversity in unity, and unity in diversity.